Catch Some Good Vibes with The Mowgli's at Cat's Cradle 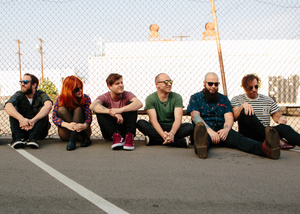 Sunshine West-Coast rockers, The Mowgli's will take on the Cat's Cradle stage this Tuesday, October 11.  In a frightening world of HB2, hurricanes, and an uncertain election,  The Mowgli's are a great reminder that even the darkest days will get brighter.

The Mowgli's have just released their third album, Where'd Your Weekend Go? via Photo Finish Records.  On creating the album, vocalist and guitarist Colin recalls, "We've been on tour incessantly, and this album was really written all over the country.  It was composed in green rooms, hotels, parking lots, and everywhere in between. I went to Nashville for a week on a whim and tried to learn how to write country music. I was so lucky to work with some of the best in the business. I wanted to bring some of those storytelling elements into the music too. We really grew up, and the songs reflect that journey."

Since we could all use some positive energy in our lives, don't miss this upbeat show at Cat's Cradle with support by Colony House and Dreamers.  The doors open at 7 and the show starts at 8.  Head over to the Cat's Cradle website for tickets and more details. 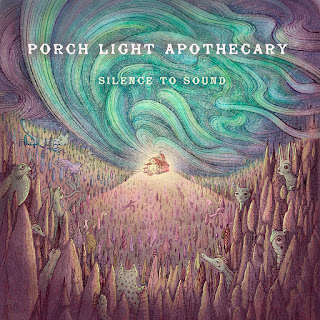 On October 14, Americana rockers Porch Light Apothecary will release their first studio album, Silence to Sound.  Luckily for you fine folks, we have an exclusive preview of the album one week before its official release. Check it out here on Soundcloud.


Silence to Sound includes eight songs written by front man Brent Jordan, who had a past solo album featured on NBC’s hit television show Scrubs. In Silence to Sound, he writes about the joys and pains of real life while casting raw emotion in his songs. “The songs just seem to appear every now and then, out of nowhere,” said Brent.  He almost doesn't feel ownership of the songs he writes. It’s something deeper and spiritual. “They're gifts given to me that I have to share.”  He so eloquently tells a story with song.

Arguably one of the most memorable songs from the album, “Good to Be in Carolina Again” has been selected by the National Hockey League’s Carolina Hurricanes for use in their upcoming Home Grown Series ads this season.

Silence to Sound was recorded at Sleepy Cat Recordings in Carrboro. On the recording process, drummer and mandolin player Jason Elliott (JJ) states, “We couldn't have asked for a better place than Carrboro to get away for a few days and pour our hearts into creating this album without any distractions.  It’s such a relaxed, creative community, and Saman and Dylan were fantastic to work with.  It was a truly magical experience.”

Porch Light Apothecary's musical collaboration is sure to stir something inside of you; drawing you in from different roads of life, calling you up to the music being played by the front porch lights, taking you on an intimate journey of discovery.

Stream Silence to Sound now here and prepare to hear it live at the Porch Light Apothecary album release party at Deep South on October 14.  It'll be a fun night of new music discovery with support by Ravary and City Below.  Tickets are available now at the Deep South website.

Galantis and Hook N Sling Release Video for "Love on Me" 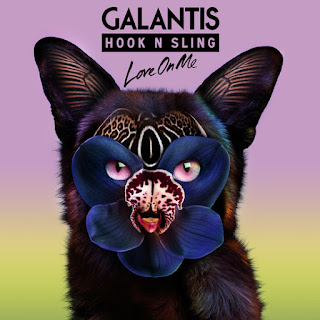 It has been 5 years since Hook N Sling smashed the music world unexpectedly with “Take You Higher”, a tune made with fellow producer Goodwill. The very next year, Hook was working alongside Aussie duo Nervo to create “Reason”. Now based in LA, his appetite to create new sounds with friends is still massive. Hook N Sling teams up with international duo Galantis for "Love On Me," their new collaboration out now on Big Beat Records.

“Since remixing ‘Gold Dust’ for Galantis last year, we’ve been talking about collaborating on something. ‘Love On Me’ is here!” – Hook N Sling

"Love On Me" has the makings of yet another bonafide hit for the native Australian to add to his seemingly endless catalogue of successful releases. The bubbly pop single features an irresistible vocal sample, reminiscent of a perfect sun-shining day. Hook's studio chemistry with Galantis is impressively on display throughout the song, featuring a steel drum beat that doubles as the melody, along with hook-laden vocals and a massive drop that’s destined for club play for years to come.

This release comes at an exciting time for Hook N' Sling aka Anthony Maniscalco. His proven history of releasing chart-topping records that cut through the saturated electronic dance music space show a constant evolution to his sound, staying two steps ahead of the game at every turn. With an ARIA Music Awards nomination, a DMC Buzz Chart #1, a Beatport #1, and a Hypem #1 under his belt, Hook N' Sling continues to make a statement as to the versatile appeal of his music. He's earned tens of millions of spins across Youtube and Spotify, earning support from respected peers like Kaskade, Axwell, Don Diablo, The Chainsmokers, and more.  Check out the colorful new video for "Love on Me" and try not to smile.