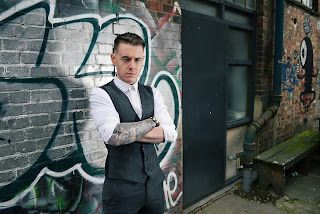 From a very early age Cookie Monsta was always into music.  From around 11 years old a PlayStation game called "Music 200" caught his eye and that's where it all began.  He would play on this game making loops, playing on it for ages. Then around 17 he had as many music games as he could find, but he wanted more.

Cookie Monsta never really knew about music production and came from a group of friends that were not into that sort of thing.  When he applied at college he was frowned upon for doing this simply because people thought music was pointless to study.  However, Cookie Monsta's point of view is, "If you're passionate about making music and you know you want to make music then knuckle down and stay on it.  If people doubt you carry on, no matter how bad things get. Music isn't my hobby, it's my life."

Seeing Cookie Monsta live for Excision's Paradox Tour at the Ritz Raleigh makes all of this evident.  The Circus Records artist takes songs that start out slightly dirty and works his magic until they are filthy, causing that face-melt-feeling that every dubstep fan loves.  He took the crowd through an intense journey of bass -hitting high, low and everywhere in between.

Making his music even more powerful is the energy Cookie Monsta possesses on stage. During his performance, there was no doubt he was 100% in the moment - singing along and dancing to each beat, captivating the crowd with every new climb and drop. If you haven't caught him yet, add Cookie Monsta to your must-see list for 2017, you won't regret it.  If you need further convincing, check out one of his latest tracks, 'Eliminate Target.'