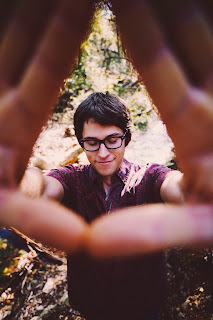 It's that time of year again; that time where we take a look back on the year that is close to ending and reflect on the highlights.  2015 has been a memorable year musically and several moments stand out in my mind.  One of those moments is the GRiZ show at Lincoln Theatre in October.  The night headlined GRiZ, who we already know is amazing.  If you need further proof, check out our show preview and our coverage of the Imagine Festival.  Traveling with the great and powerful GRiZ were two lesser-known, but equally impressive acts, Muzzy Bearr and Big Wild.

Big Wild is an L.A.-based producer who has had the great fortune of touring with not only GRiZ this year, but with ODESZA as well.  I didn't know what to expect from Big Wild as it's hard to find detailed information about him in the cyber world.  His performance made me remember the joy of discovering something unexpected and brand new.

Big Wild includes live drumming and the keyboards mixed with booming beats.  The live instrumentation allows for an intoxicating sound that soars the listener to the top of a musical roller coaster and drops back down for a climactic thrill.  Big Wild mixes familiar classics such as OutKast's "Rosa Parks" and Sylvan Esso's "Hey Mami." He also shares his own single, "Aftergold," which takes the listener on a whole new journey with its sweet tinkling of the chimes, subtle hand claps, and the intense drop of the bass. The audience reacts in favor of every mix that Big Wild spins, whether original or familiar, he is clearly a crowd favorite.

The night in general can best be described as a true party.  GRiZ, Muzzy Bearr, and Big Wild each share their individual talents one-by-one, but by the end, they are a combined powerhouse meshing hip hop, jam bands, booming beats, funk and an endless supply of energy.  This was certainly one of my favorite shows of 2015, with Big Wild being the most pleasant surprise.  He will most definitely be taking over the festival circuit in 2016; unless you have a strong aversion to fun, check out his website to stay connected.