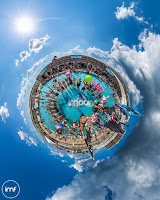 The third annual Imagine Music Festival, presented by IRIS Presents, took place August 26-28 at the Atlanta Motor Speedway.  Catering to 45,000 music fans, this innovative festival production wowed all who entered the space.  Continuing with the magical aquatic theme, IMF meshed together several elements to create one unforgettable EDM playground.  For the first time, IMF added camping as an option and moved to the incredibly spacious Atlanta Motor Speedway.  Here are the top three things we loved about this year's Imagine Music Festival. 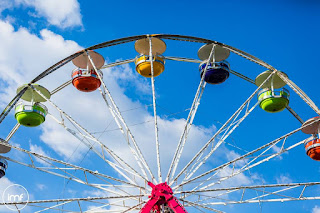 There are hundreds of music festivals held in the U.S. each year, making it tough to stand out and be unique. IMF had no issue solving this dilemma.  By paying attention to detail and visualizing the experience through the eye of the fans, Imagine truly created a scene for just that: imagining.  When entering the speedway, the attendees were hit with a vibrant scene: amusement rides, flashing stage lights, booming beats, and sparkling costumes.

With the new spatial freedom provided by the Atlanta Motor Speedway, IMF added a brightly flashing ferris wheel and a swing ride carousel.  Partaking in this fun could only send attendees back to their childhood, feeling young and free.

Also adding to the feeling of freedom, IMF provided a break from the extreme heat with an enticing and refreshing wading pool.  Here, Imaginers could play ball, cool-off, and hang with friends between sets. Continuing with the water theme, a  bouncy water slide was also widely used near the Amazonia stage.  Each of these elements added both fun and much needed heat relief. 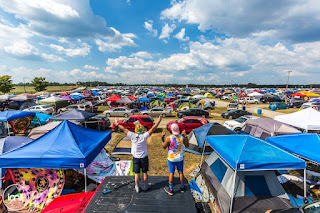 This was a brand new year for IMF, with a bigger and better mentality all around.  Included in this thinking was the opportunity to camp for the first time.  Imagine did an amazing job of providing safe, clean, and comfortable camping.  Some of the perks included were free showers, air conditioned bathrooms, and consistently cleaned portable bathrooms.  Everyone who camps regularly knows, it's the little things that matter and the words "air conditioned" and "clean" go a long way when living the festival life.

Inside the Speedway, IMF also paid special attention to meeting peoples' essential needs.  Misting tents were provided throughout the grounds and a chill room was available for cooling off at any time. These are small perks that mean a lot when sitting in the heat all day.  Once again, well-done, Imagine.

Save the best for last, right?  No music festival is complete without a stellar lineup and IMF did not disappoint in this department either, bringing in headliners like Dillon Francis, Zed's Dead and Excision.  No headliner can perform to his true potential without proper staging and Imagine really expanded on that this year, making the stages ornate, bright, and loud enough to be heard 30 miles away, literally.  Fans had 7 stages to choose from, ranging in size and decoration, but each one brought a clean sound quality and visuals to make anyone's eyes and ears pop. 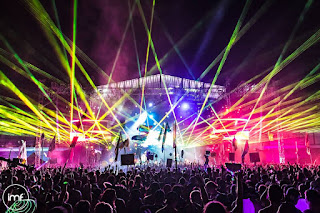 The two main stages, Oceania and Amazonia, had grand scale on their side, but the smaller stages were each impressive in their own way.  The Disco Inferno possessed a futuristic feel with a steel globe that shot fire, surrounded by LED screens blinking various shapes and designs.  This is where DJ Hanzel went Von Deeper, making his first festival appearance that drew in a large crowd with his raging beats and comedic tone.  SNBRN was also a stand-out on this stage, inducing a joyful dance party with fans donning dolphin floaties, mermaid tales, and foam shark heads.


The Amazonia stage housed several jam bands and brought on the funk both Saturday and Sunday.  While there were an abundance of notable artists to grace this stage, the strongest performances came from Break Science, OPIUO, and of course, Gramatik.  Each of these artists combined just the right amount of bass, lights, and mind-blowing visuals to keep everyone enthralled and dancing. 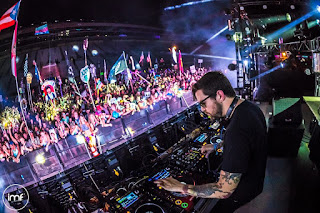 Practically every show at the main Oceania stage was unforgettable.  IMF did not hold back on making this stage a true spectacle.  On Friday, SNAILS killed his set, setting the tone for the rest of the weekend.  Dillon Francis and Zed's Dead went back to back on Saturday, making for two hours of delightfully intense beats.  They took the audience on a fierce roller coaster ride of classic favorites, pulsating tempos, and a visual performance created with a sole purpose of blowing minds.  No one can throw down harder than Excision, making for the perfect closer of the festival.  Complete with head-banging beats, perfectly timed fireworks, and flashing visuals, Imagine Music Festival 2016 came to a close.

After two successful years of being a smaller festival, there were some concerns about IMF growing up too much.  Why mess with a formula that works?  Clearly, the great minds behind Imagine new exactly what they were doing.  From comfortable camping, to the stellar lineup, to the unforgettable stages, IMF '16 was definitely a success.  So, what will IMF come up with for next year?  We can only imagine.