Moogfest Spotlight: Made of Oak 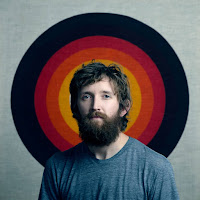 Moogfest is set to take over Durham on May 19-22 with a notable lineup of talent. After calling Asheville home since 2010, this celebration of Bob Moog's innovation is spending its first year in Durham.  This is an international festival that focuses highly on both technology and the music created by it.  Festival passes start at $249 and can be purchased at Moogfest's website.

There will be a variety of talent at Moogfest this year.  We'll be spotlighting some of the acts that can be seen throughout the weekend, starting with Durham's own Made of Oak.  Nick Sanborn is one half of the indie electronic pop duo, Sylvan Esso and the unconventional producer of Made of Oak.

Sanborn's debut EP, Penumbra, brings catchy, striking, and intensely refreshing beats.  The melodies are clearly darker than those heard with Sylvan Esso, yet they flow flawlessly into one another, mixing elements of tranquility with moments of disarray.

To experience Sanborn's genius, check out his video for one of Penumbra's standout tracks, "Pinebender" with its complicated set of thumping instrumental pieces.  Don't miss out on the opportunity to see Made of Oak live at Moogfest.