Leopold and his Fiction - Third Eye Blind After Party Headliner

Leopold and his Fiction are bringing their high-energy and dramatic show to Lincoln Theatre on Saturday, May 10.  The band's name is fiction itself considering no one from the band is actually named Leopold.  Rather, he's a fictional entity created by frontman Daniel James that allows him to create a story that comes to life on stage.

James moved from his birthplace of Detroit to attend San Francisco State to study writing.  On leaving his home, James says, "I was born and raised in Detroit for 20 years of my life. It has influenced every part of everything I do. There is most certainly something in the water."  While polishing his writing craft, his stories started developing into lyrics and soon became full length songs.  Eventually, his solo work turned into a complete band with a thunderous garage-rock sound.  Now, his vivid stories are being told through song, live, and on stage. 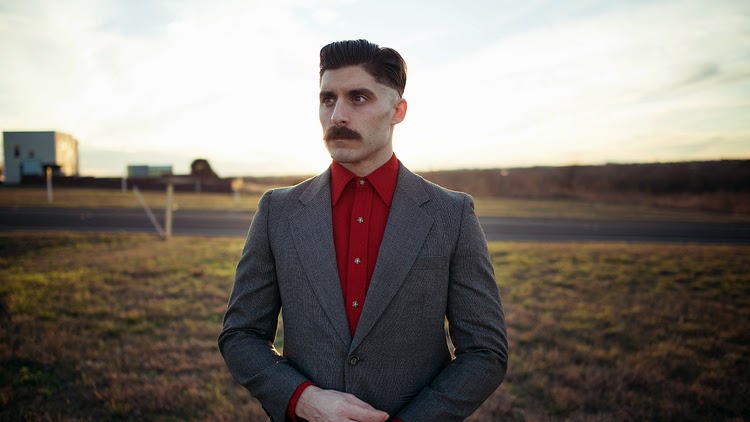 We recently spoke with James about his work and the process for creating musical art.  He says that every aspect of it is, "entirely inspired, nothing forced or fabricated.  My method is allowing clarity and seeing life as it really is.  It used to be about reaching for life through an alternative view, variations in complexity. Not so much anymore.  Today is today."

The group has had plenty of practice for perfecting and sharing their work.  They have performed over 230 shows in the past ten months.  James says this is the highlight of his career because sharing his work is what he enjoys most.  They've also had the fortune of performing at notable festivals like SXSW and Austin City Limits.

Leopold and his Fiction are currently working on completing their fourth album and hope to have it released next fall.  To learn more about the band, visit their website.

Leopold and his Fiction will perform on the inside stage at Lincoln Theatre this Saturday, May 10.  Also performing will be Honor by August and Third Eye Blind on the outside stage.  There will also be food trucks available for your dining pleasure.  The doors open at 6 and the show starts at 7.  For ticket information, visit Lincoln Theatre's website.