From the moment Mike Cooley opened with Get Downtown, the show never stopped as the Drive-By Truckers took to the stage Friday night at The Ritz.  Returning to Raleigh with a new band lineup and the release of their highest charted album ever, English Oceans, the Drive-By Truckers entertained the nearly sold out crowd for over 2 hours of non-stop rock and roll. 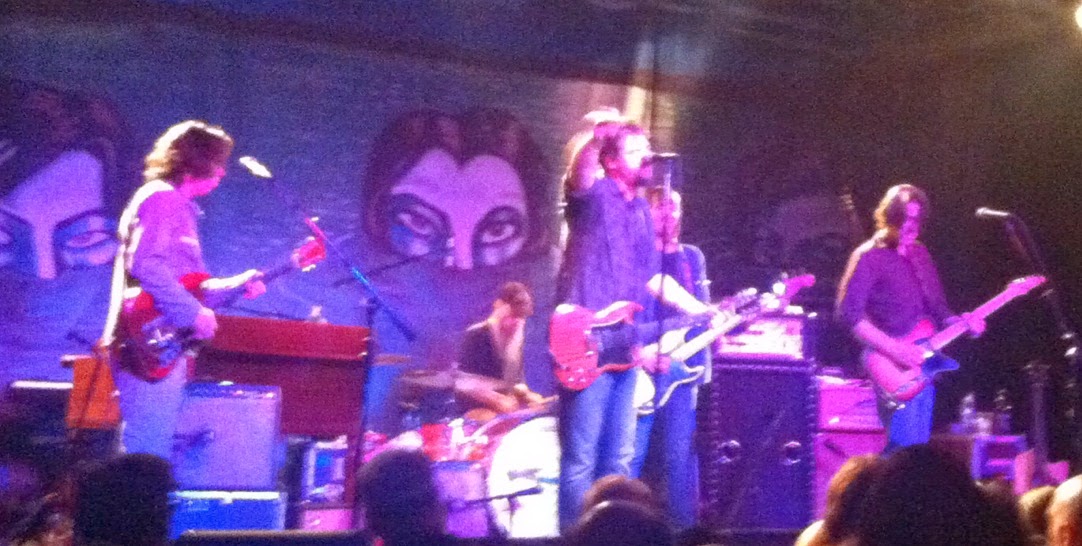 Typical of any Drive-By Truckers performance, there was a constant interplay between the band's two front men, Patterson Hood and the previously mentioned Mike Cooley.  From previous albums, hits like Zip-City and Women Without Whiskey energized the crowd while incorporating nearly every track from their newest album, which was released on March 4.  It should come as no surprise that English Oceans was #16 on the Billboard Charts in the album's first week.  In a recent interview, Patterson Hood explained to The Triangle Beat, their newest record, "Is a really good snapshot of where we are right now.  As people, artists, as a band, etc...The lineup is stellar and it's kind of firing on all cylinders."

After playing over 20 songs, the Drive-By Truckers left the stage only to be greeted with the chants from the crowd echoing, "DBT! DBT! DBT!," in hopes of hearing more from what was already a spectacular performance.  The suspense was short lived as Cooley and Hood returned to the stage with fellow band members, Brad Morgan, Matt Patton, and Jay Gonzalez to continue playing.  A seemingly appropriate conclusion to the night, the band played their last song from the new album, Grand Canyon, to end the show.  As each member of the band took their own individual departure giving thanks to the crowd, drummer Brad Morgan kept the beat going until he was the only remaining member of the band.

Regarded as one of the hardest traveling bands in America, the Drive-By Truckers left the crowd without a doubt as to how they earned that title.  Raleigh was the first stop of their 2014 tour, but if you missed the performance make sure you get a chance to listen to their newest record English Oceans.  For more information about the Drive-By Truckers or upcoming tour dates, please check out their website. www.drivebytruckers.com