Town members of all ages gather at a barn in the woods to immerse themselves in authentic southern gospel, bluegrass and of course, homemade pie.  This is the type of influence and inspiration Rebekah Todd experienced growing up in the small town of Benson, NC, and it can be heard in her songwriting and melodies.

The debut album from Rebekah Todd and the Odyssey, Roots Bury Deep, is all about making those hometown connections.  The album is filled with traditional Carolina folk supported with the gritty New Orleans jazz sound of The Odyssey. The title track, "Roots Bury Deep" is about the influence a hometown, family, and childhood friends can have on our lives.  Todd's smoky croon creeps through nine soulful tracks on this album, starting with the dramatic, "Devils Gonna Buy" that is reminiscent of 1930's blues.  A few songs later is the foot-stomping "On the Run" that creates a unique sound through strategic pauses and elaborate pronunciation.  Todd sings lyrics that clearly describe her life and career with, "I got places to go, I got people to meet, and there ain't no stoppin' me." 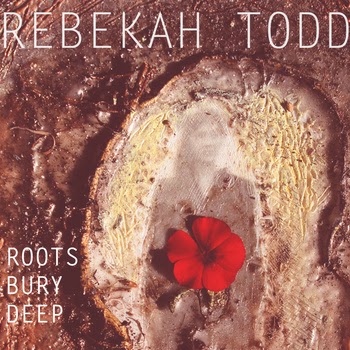 "Thinking About You" brings a different feel to the album with a stripped down acoustic sound and soft vocals.  It's in this moment that Todd's vulnerability and emotion are inescapable.  When asked if it's difficult to share such raw emotion with an audience, Todd responded:

Someone once told me that people don't become invested in your music unless it is honest enough
to evoke their own emotions.  I have had people approach me after shows with tears in their
eyes, thanking me for singing about some of the harder parts of life.  It is difficult to share,
sometimes, when you feel like it may not be received, but there are many rewarding moments
where both audience and performer remind each other that neither of us are alone in our
sometimes challenging journeys.

Todd has been on an extensive journey herself, refining her music skills at ECU and grasping musical influences from all around.  She was raised on the classics, Neil Young and Pink Floyd, but was later attracted to more modern and upbeat sounds from Lauryn Hill and Destiny's Child.  The college years led her to folk classics like Gillian Welch, Avett Brothers, and Nickle Creek.  This variety and mixed influence allows Todd to combine a mixture of genres with a band that supports her jazzy and soulful side.  Together, they have the ability to combine the present with the past and create something fresh and genuine.  Now that the once solo artist has found the proper support of the Odyssey, they hope to do as many live shows and festivals as possible.

To listen to more songs from this album, check out rebekahtodd.bandcamp.com.  Even better, join The Triangle Beat and Rebekah Todd and the Odyssey in Chapel Hill at Local 506 this Saturday, March 8; they will be opening the show at 8.  Matt Phillips and the Philharmonic will also take the stage and keep the night filled with strong songwriting and soulful sounds.