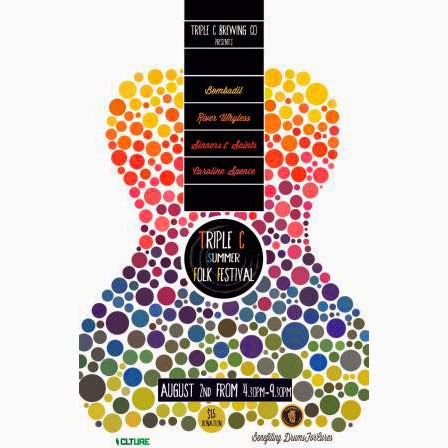 Headliner and Ramseur Records artist, Bombadil, is a chamber/pop/folk North Carolina-based band. The trio just released (June 24) its highly praised-album Tarpits and Canyonlands for the first time ever on high-quality vinyl, and re-released the CD to finally give the album the touring attention it deserves.  To learn more about Bombadil, check out The Triangle Beat's recent interview with drummer, James Phillips.


Asheville-based River Whyless, local favorites Sinners & Saints, and Nashville-based Caroline Spence round out the lineup.  The festival will take place at Triple C Brewery in Charlotte on Saturday, August 2 from 4:30 p.m. – 9:30 p.m.  Tickets for the event are $15. Proceeds from the festival will benefit DrumsforCures.

About CLTure
Founded in 2012, CLTure is a cooperative business collaborative that utilizes the most artistic and creative minds in the area to produce superior media, print, video and web content. As a full service boutique marketing, advertising and entertainment company, Clture helps businesses market their products through creative interaction with their target market by utilizing their exclusive network of creators. The company is proud to be advocates for independent business, music, arts and culture.

About DrumsforCures
DrumsForCures events raise awareness and funds for cancer organizations globally through awareness and education. Through their DRUMSTRONG events the organization has expanded its reach to 70 cities in 25 countries to help local cancer initiatives.

*Information Courtesy of CLTure.org
Posted by Jess at 9:09 PM