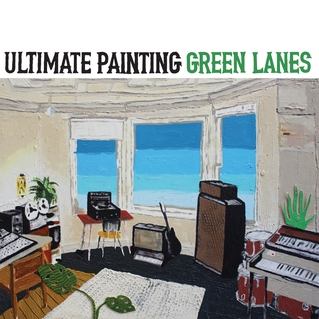 Searching for some new music and an opportunity to get out during the middle of the week? Then look no further than this Tuesday night at the Local 506.  Making a stop on their North American tour will be Ultimate Painting alongside The Charming Youngsters.

The European duo of James Hoare and Jack Cooper have blended their unique guitar skills once again as they make their way to the Triangle with a new record to share. Hoare (originally from Veronica Falls) and Cooper (of Mazes) started traveling as Ultimate Painting back in 2014 and were well received by music fans with the release of their first self-titled LP, Ultimate Painting.  After touring with the likes of, Parquet Courts and Twerps, the two artists went back into the recording studio to generate yet another solid collaboration of songs for their second album, Green Lanes.  With their initial success and the release of Green Lanes in August, the two Brits have generated enough excitement to receive praise from major music industry publications like Pitchfork and Rolling Stone.

Check out the following track off of Green Lanes, "(I've Got The) Sanctioned Blues," and find your way to Chapel Hill when Ultimate Painting and The Charming Youngsters take the stage.  The doors open at 8pm and the show will soon follow at 9pm.  Tickets are $10 and can be purchased in advance through Ticketfly.