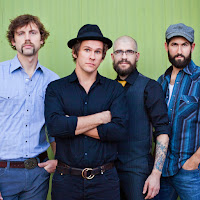 IBMA's Wide Open Bluegrass Festival is almost upon the great City of Oaks.  This celebration of Americana, roots, and bluegrass music begins on September 29 and carries through October 3.  The lineup is filled with soulful, energetic and traditional bands that will play on the streets and in venues across downtown Raleigh.  The Street Fest is free to the public and filled with an impressive lineup with 90+ bands on five stages.  The Bluegrass Ramble is held in various downtown venues with tickets available for each night, Tuesday through Thursday.  Red Hat Amphitheater will be housing the main acts with performances by Alison Krauss and Union Station featuring Jerrry Douglas, Steep Canyon Rangers, The Gibson Brothers, Balsam Range, The Infamous String Dusters, and more.  To prepare for this marathon week of music, we will be spotlighting some of this year's artists, starting with The Steel Wheels. 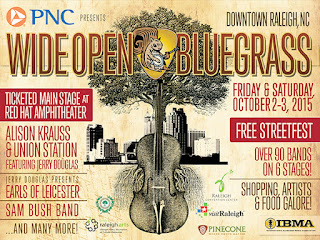 The Steel Wheels are a four-piece string band with roots beginning during their college days in
Harrisonburg, VA. The band meshes traditional mountain music with an innovative sound, developing their own authentic version of Americana roots.

This highly entertaining band is known for their raw energy and chemistry on stage.  As they gather closely around a single microphone, The Steel Wheels share their deeply genuine lyrics supported by the intricate sounds of the upright bass, banjo, mandolin, fiddle, and guitar.
Americana roots melodies have never felt more
traditional, yet refreshed, as they do with The
Steel Wheels.