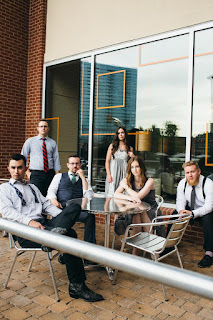 With the IBMA Wide Open Bluegrass Festival less than one week away, one band that is highly anticipated to return to Raleigh this year is Flatt Lonesome.  After being named the Emerging Artist of the Year at the 2014 Awards Show, the band returns next week in hopes of claiming even more accolades. This year could be a greater success for the group as they are nominated for Vocal Group of the Year and Album of the Year. As if being in the running for these two great honors isn't enough, the band will also be releasing their third album, Runaway Train, at the festival on Friday, October 2.

Flatt Lonesome is comprised of 6 members; Charli and Buddy Robertson, Kelsi Robertson Harigill, Paul Harigill, Dominic Ingleworth, and Michael Stockton.  As indicated by their early success, the group has quickly become one of the hottest names in bluegrass music thanks to their individual talents and a collective passion for creating a truly remarkable sound.

For a brief preview of their upcoming album, the band has generated the following clip for your viewing and listening pleasure:


You can catch Flatt Lonesome at one of their following performances: 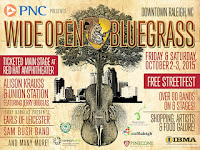 If you simply can't wait for their album release, a copy can be pre-odered via iTunes. The IBMA Wide Open Bluegrass will feature Flatt Lonesome and over 50 other bands performing throughout the week of Sept. 29-Oct.3 in downtown Raleigh.  For tickets and more information, please visit the Wide Open Bluegrass website.