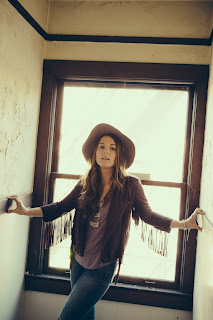 MerleFest, presented by Window World and slated for April 28-May 1, 2016, is proud to announce four more additions to the 2016 lineup: Brandi Carlile, Tim O’Brien, Sam Bush Band and Jim Lauderdale. These artists join over 100 other artists already announced, including John Prine, Old Crow Medicine Show, Dave Rawlings Machine, The Wood Brothers, Alison Brown, Peter Rowan, Doug Seegers, Steep Canyon Rangers and more! The four-day event, the largest roots and Americana music festival in the nation, takes place on the campus of Wilkes Community College in Wilkesboro, North Carolina, in the heart of Appalachia. MerleFest continues the legacy of Doc Watson and is a benefit for the college. This homecoming of roots music artists and fans draws nearly 80,000 participants every year.

As well as additions to the lineup, MerleFest is proud to announce that acclaimed Americana singer Nicki Bluhm will join The Waybacks as lead singer for the Hillside Album Hour performance at MerleFest 2016. Each year, roots rockers The Waybacks choose a seminal album to cover in full at the Hillside Album Hour, inviting a special guest to the be the “voice” of the album. Three years of new experiences and nearly non-stop roadwork has had a powerful effect on Nicki Bluhm, spurring creative growth and personal reflection. With her new album, “Loved Wild Lost,” Bluhm affirms her place in the long winding continuum of the California sound, born of folk, rock, country, psychedelia, blues and pop, as ageless, adventurous and ever-adaptive as the Golden State itself. 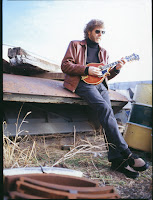 MerleFest has announced over 100 artists so far, and there are additional performers to be announced www.MerleFest.org/lineup.
in the coming months. The 2016 lineup so far is available online at

*Details courtesy of Hearth Media
Posted by Jess at 2:30 PM