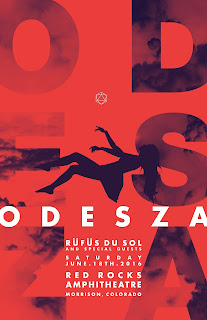 Following a massive 2015 marked by an entirely sold out world headline tour, ODESZA has unveiled a new video for In Return song “It’s Only (feat. Zyra)” via Pitchfork.  Selected as a Vimeo “Staff Pick” for Dan Brown’s stellar direction, the video comes ahead of another headline run of major festivals this spring and summer including stops at Mysteryland, CRSSD, Boston Calling, Moogfest, Shaky Beats and more to come. “It’s Only” will also be accompanied by a forthcoming remix package including remixes by RÜFÜS DU SOL, 20syl, Kania, and Fei-Fei, out February 19.

On top of that, ODESZA will return to Red Rocks Amphitheatre on June 18th for their first ever solo headline show at the legendary venue. Last year, they co-headlined with Chromeo to a sold out crowd.  This year, RÜFÜS DU SOL will open the show, along with other special guests to be announced. The Australian dance trio is the latest signee to ODESZA’s record label, Foreign Family Collective, having recently announced the Jan. 22nd release of their new album, Bloom.

The ODESZA Red Rocks fan pre-sale begins tomorrow, Jan. 19th, at 10am Mountain Time with general on-sale to follow at 10am Mountain Time on Saturday, Jan. 23rd. Follow ODESZA on Facebook or Twitter for more information on pre-sale tickets.  General admission (purchase here) and VIP tickets (purchase here) are available including limited availability for a backstage tour before the show.

*Information courtesy of Pitch Perfect
Posted by Jess at 4:11 PM