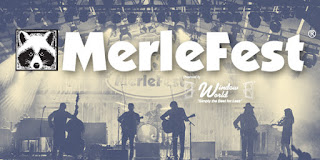 The four-day event, the largest roots and Americana music festival in the nation, takes place on the campus of Wilkes Community College in Wilkesboro, North Carolina, in the heart of Appalachia. MerleFest continues the legacy of Doc Watson and is a benefit for the college. This homecoming of roots music artists and fans draws nearly 80,000 participants every year.

The deadline to take advantage of the Early Bird Tier 1 ticket discount is coming up on February 15. A three-tiered pricing structure is offered for MerleFest 2016. The Early Bird Tier 2 ticket discount will run from February 16, 2015, through April 22, 2015, and the third price tier will be gate pricing. Fans are encouraged to take advantage of the Tier 1 discount now. Tickets for MerleFest 2016 are now on sale and may be purchased at www.MerleFest.org or by calling 1-800-343-7857.