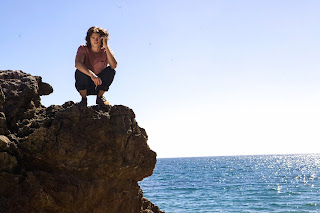 "Go different or go home."  These are the words scrolled across Big Wild's Twitter feed.  They are five very simple words, but they adequately describe so much about Big Wild, his career, and his vision for the future.  I recently chatted with Jackson Stell, aka Big Wild, about his whirlwind of a year and his goals for 2016.

Stell is a diverse musician with the ability to play the trumpet, keys, whistle, and drums, meshed with his talent as a producer.  He comes by his musical roots honestly, with a father who plays guitar and spent time in several bands, and a grandmother who used to sing for a big band in the 1940's.  Stell gained ambition for producing when he was merely 13, mesmerized by the hip-hop beats created by the legends Dr. Dre, Timbaland, and The Neptunes, stating their music was "unique and fun," and inspired him to develop his own.  This love for hip-hop eventually transitioned into producing electronic music.

When asked what the phrase, "go different or go home" means to him, Stell replied that he's always "looking for ways to stand-out, while at the same time be myself."  To do this, Stell likes to pair different styles, some that typically wouldn't mesh together, like the hard sound of trap mixed with a soft melodic voice.  His remix of  Sylvan Esso's "Hey Mami" is a prime example of this unique mix. 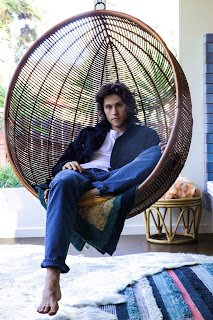 Stell's ability to be different has not gone unnoticed.  Electronic duo, ODESZA discovered Stell's abilities on Soundcloud and he was approached to remix their hit tune, "Say My Name."  This remix led to more recognition, making 2015 a successful and memorable year for Stell. He toured with GRiZ on the Super Shagadelic tour, which made a stop at Lincoln Theatre in October.  His live performance was hypnotic, to say the least, utilizing the keys, drums and whistle set to electronic tracks.  Notably, Stell has also toured with Gramatik, ODESZA, and Kodak to Graph.

Big Wild feels passionately about not only creating great music, but sharing it as well.  He recently brought a drum pad to 3rd graders to introduce them to what he sees as "the future of music."  Stell finds it imperative to preserve arts programs at schools so that students can always find an outlet. This is a cause he plans to continuously support throughout his career.

While 2015 might seem hard to beat for Big Wild, 2016 is also filled with promise.  He's currently producing new music and adding tour dates for his own headlining tour in April; a full list of curent show dates can be found at his website, but stay tuned for additional dates.  Big Wild can also be seen at the Euphoria Music Festival in Austin, TX on April 7-10, where he'll be joining a stellar lineup including Bassnectar, Above & Beyond, Dillon Francis, and GRiZ.  For ticket information and a full lineup up, check out the official Euphoria website.  Keep your eye on Big Wild as he continues to create groundbreaking mixes and captivating live performances.


*Photo Credit:  Emily Buckingham
Posted by Jess at 10:39 AM