The Final Hopscotch lineup was announced today and the masterpiece is complete!  The finalized performance schedule will be released in July.  VIP passes are nearly sold out, so act fast!
The newly added artists are:

De La Soul will play on the City Plaza Stage.  This is the first time a third main stage has been used for this event.  De La Soul will perform on Thursday, September 4.  VIP and 3 day wristbands are still available.

The Hopscotch fest is taking place September 4-6 in various spots throughout downtown Raleigh. The initial lineup for the event was announced today and it includes some notable acts like St. Vincent, American Aquarium, Mastodon, and Sun Kil Moon.  See the full lineup poster below: 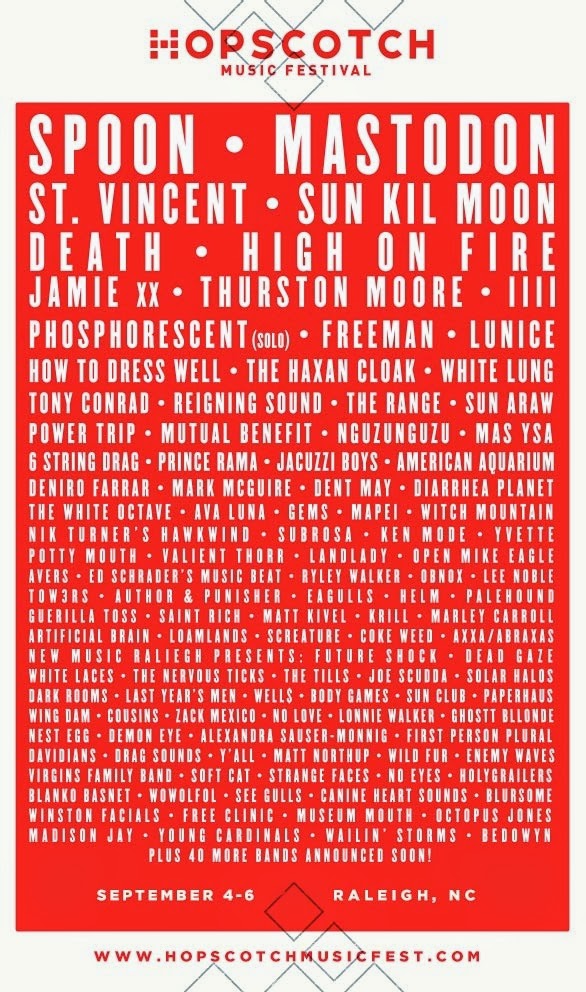 VIP and 3-Day wristbands are on sale now at the Hopscotch website. Tickets for individual days will go on sale in June.

Forty more bands are still to be released, stay tuned for festival updates.
Posted by Jess at 1:33 PM