The theme of Wednesday night at Lincoln Theatre was: "expect the unexpected."  From the moment The Lone Bellow took the stage, the trio of Zach Williams, Kanene Pipkin, and Brian Elmquist provided an energetic and unforgettable performance for the nearly sold out crowd.  After driving through the night from Brooklyn, NY, the band opened with "Won't You Come Back to Me," as a preview of the dynamic harmony the band utilizes in most songs from their first self-titled album, The Lone Bellow. 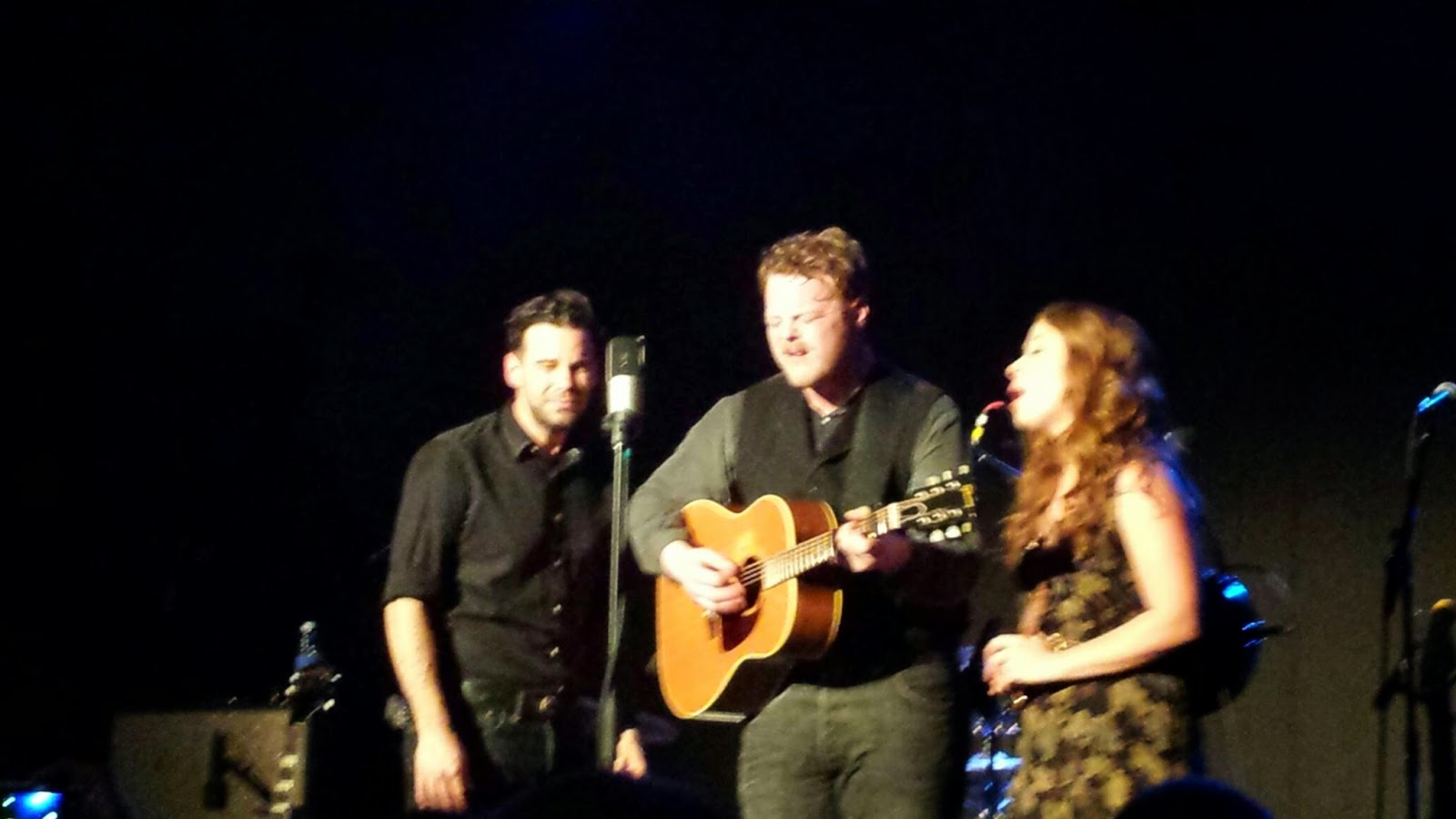 As for the unexpected events of the evening, it all started with a cover of the John Prine original, "Angel From Montgomery."  While the music faded, Williams requested a member of the audience to join the band on stage only to appear with his girlfriend seconds later. After a quick adjustment to the microphone and pulling a ring from his pocket, the band gave way to the young gentleman getting down on one knee and asking for her hand in marriage.  As you might have guessed, the proposal was quickly accepted, to which the crowd emphatically applauded.  Then as the newly engaged couple exited the stage, Williams challenged every man in the audience to find someone special to dance with as they played, "Looking For You."  Within moments the majority of the crowd was clinging onto someone and slow dancing as the the band continued to play.  It was certainly unlike any other scene from a live performance.

The surprises only kept coming as the band played popular tracks from their first album, such as "You Never Need Nobody" and "Tree to Grow."  As they announced their final song of the evening, Williams and Elmquist broke into a playful cover of the Boyz II Men hit, "End of the Road."  Despite the popular 90's R&B song being quite a contrast to the typical folk sound of The Lone Bellow, the trio made it their own, much to the crowds delight.  As an encore, "Teach Me To Know" made for a fitting end to the evening as the members of the band graciously applauded the crowd for their energy before taking their bow to exit the stage.  The show provided everything you would hope for and more to those that came out for The Lone Bellow's first appearance in Raleigh.  If you get the chance, make plans to catch them when they are back in town, but in the mean time, check out their website for music, news, and more at www.thelonebellow.com