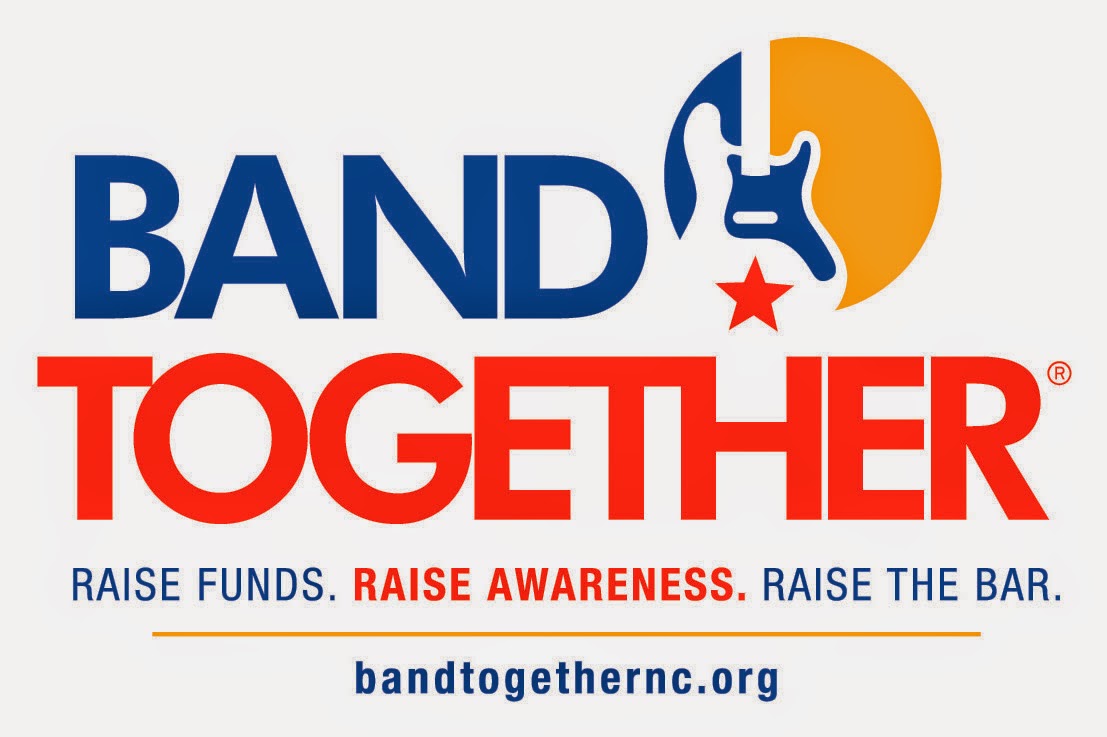 This Saturday, May 3, Band Together will throw their main event of the year with headliners Daryl Hall and John Oates and special guests, Robert Randolph and the Family Band.  Band Together is an organization focused on raising money for several different charities with the help of volunteers, sponsors, and board members.  They use music and fun to lift up our community by providing extra funds where needed; this year the funds will go to the community schools of Durham and Wake Counties.  Band Together refers to themselves as "the mullet:  business (and social good) in the front, party in the back."


In March, four local bands competed at Lincoln Theatre for the opportunity to open for Hall and Oates at Walnut Creek.  The last band standing was Jack the Radio, a southern-indie rock band based in the Triangle.  The group consists of A.C. Hill (vocals, acoustic guitar), George Hage (vocals, electric guitar, mandolin, keys), Danny Johnson (lapsteel, baritone guitar, keys, vocals), Chris Sayles (bass, vocals), and Brent Francese (drums).  The Triangle Beat spoke with the group about their experiences as a band, their latest album, and opening for the legendary Hall and Oates.

The Triangle Beat:  How did the band come together?

Jack the Radio:  A.C. and George met while attending NC State University.  The two lived together for part of a summer and during that time started writing and recording. They released an EP in 2005 but took several years off to pursue other projects.  In 2009, the two started writing again and brought in drummer, Brent Francese and a bassist to fill out the sound. In 2010, after playing a show with his former band, we brought in Danny Johnson on lap-steel and later keys and baritone guitar.

TTB:  Who/what are your strongest musical influences of the band?

JTR:  Early on we were heavily influenced by bands like Spoon for their musical and rhythmic pulse and instrumentation. Also local boys, the Avett Brothers for their passionate roots sound and use of acoustic instruments.

As our band developed and we added members the sound evolved.  We were influenced by the soul and rhythm and blues of bands like the Black Keys and the Raconteurs, and even the sounds and tones they created.  Our members have all played in other groups with varying styles over the years which creates a great dynamic in our approach at times.

TTB:   How would you describe your latest album and how does it compare to previous albums?

JTR:  Our latest release, Devil In Here was released in August, 2013.  We approached this album in a unique manner, which made it completely different from our other releases.  It allowed us to explore a lighter side and reach a new audience who may not relate to our louder-swamp-rock sound.  The album was recorded live and unplugged with a string section on the majority of the songs.

TTB:  How do you feel about having the opportunity to open for Hall and Oates?

JTR:  It's a huge privilege to be able to perform on one of the biggest stages in the region with newly inducted Rock & Roll Hall of Famers, Hall and Oates and of course the incredibly talented Robert Randolph and the Family Band.  We have to thank the amazing team at Band Together for putting on such an epic and charitable event and for the opportunity to connect with thousands of local show goers.  As the local boys, we hope to make NC proud. 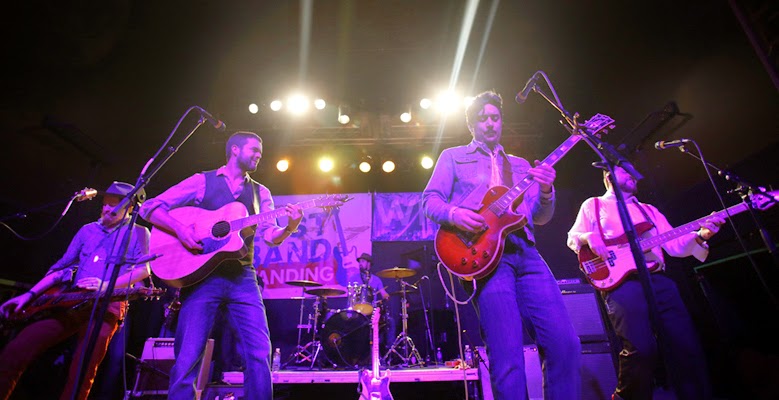 TTB:  Who is the main songwriter for the group? What is your process for songwriting?

JTR:  Generally George and A.C. will bring song ideas to the band.  It could be anywhere from an idea for a riff or a more fully planned out song that already has melody and lyrics.  From there George and/or A.C. will get the vocal melodies and lyrics together and the band will work on additional instrumentation for things like lap steel, keys and bass parts.

We've definitely had songs that worked out great the first time and came together pretty seamlessly, but we've also had songs we've been working on for years that have only recently made sense for the band.  But that seems natural for us.

TTB:  What have been some of the most memorable highlights in your musical journey so far?

JTR:  In 2005, we started out writing music for ourselves.  It was really to see if we had the ability to get these ideas in our heads translated to (digital) tape. We were recording ourselves on an out of date desktop computer and writing digital drum loops.  That lead the sound to grow from being a duo into getting full band ideas down.

Listening back to the songs we hit a point where we realized this wasn't just for our ears and a few of our friends' ears and we decided to create our debut, full length, Pretty Money and released it out into the world in 2011.


TTB:  What would you like the public to know about you and your music?

JTR:  We our proud to say since then we have released another studio album, Lowcountry, as well as a live/stripped down album, Devil In Here, with the DVD, Live at Amplified Art.  Our music has also been licensed on several national and international radio commercials and TV spots since 2011.  Hearing 3 of our songs for the first time on television on a single episode of Anthony Bourdain's: No Reservations was for sure a surreal moment for the band.

TTB:  How did you come up with the name, Jack the Radio?

JTR:  Before the band started, George had a list, or more of a brain-dump, of band names.  "Jack the Radio" was the one he kept going back to and ultimately became the name of the band when he and A.C. first started writing together.  At first it was more of a call to action, but later the name developed into a character or metaphor Jack, the Radio who the band battles with music.

TTB:   What are your goals and hopes for your future as musicians? What will come next for Jack the Radio?

JTR:  We are constantly writing and we are currently working hard in the studio tracking for the next release.  We are discussing the idea of releasing a split album or perhaps an EP or two in the next year.  We are also continuing to play regionally and focus on publishing and licensing our music in film, radio and television.

Join in the fun this Saturday while supporting the community schools of Durham and Wake Counties.  Ticket information and band information can be found at the Band Together website.  They are always looking for volunteers, so get involved, enjoy great music, and help the community.  Don't miss Band Together NC 2014!