New Politics will be headlining the Rock 'n' Roll Marathon in Raleigh tomorrow, April 13.  They will usher in the racers as they complete the challenging marathon or half marathon run.  Lead vocalist, David Boyd, took time to speak with The Triangle Beat about their journey to success, the culture shock of coming to America, and hopes for the future. 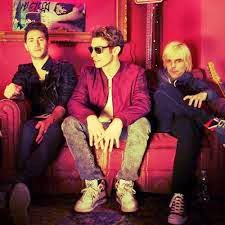 New Politics is comprised of three talented musicians:  David Boyd (lead vocals), Soren Hansen (guitar, bass, vocals, keys), and Louis Vecchio (drums).  Hansen and Boyd decided to make the huge move from Denmark to the United States after winning a contest that propelled their careers.  Originally, the third member and drummer was Poul Amaliel, but after spending some time in the U.S., he opted to move back home.  Soon after, Louis Vecchio of Long Island, NY auditioned by sending the two remaining members a video of him playing "Back that Ass Up" by Juvenile.  This caught the attention of Boyd and Hansen and the trio became the official New Politics.


Boyd stated that the move from Denmark to the U.S. proved to be culturally shocking.   However, the group loves the American idea that hard work pays off because they have been working non-stop for the past four years.  When Hansen and Boyd first arrived in New York, they were living off of ramen and barely had enough money to pay their rent.

Stress and panic took over at times, but they channeled those feelings to create genuine music.  Their second album, Bad Girl in Harlem, is all about that struggle.  It pans over the past three years, telling stories of missing home, meeting new people, and living unforgettable experiences.  Boyd admits that there is in fact, a bad girl in Harlem, "...there are probably several of them, actually," he jokes, but "Harlem" is based on his experience with one particular bad girl.  New Politics thrives on taking those every day events and turning them into catchy, fun, and danceable tunes. 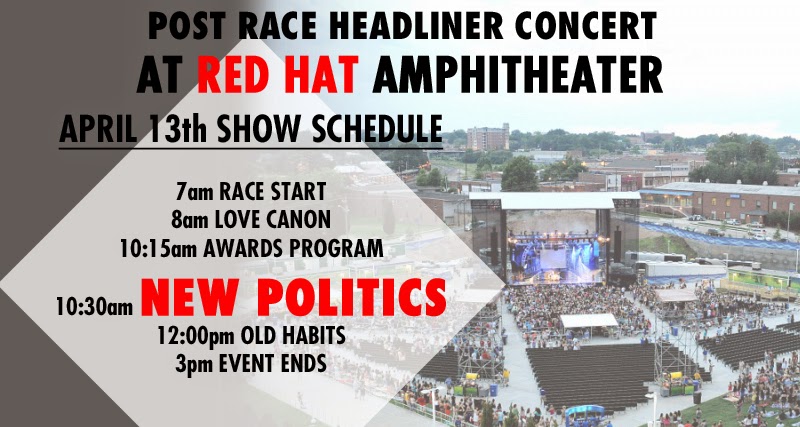 A New Politics show offers an endless amount of energy and enthusiasm.  Boyd has been dancing since he was very young and he tries to incorporate his skills into the show as much as possible.  It isn't unusual to see him doing full back flips on stage as he did on a Late Night with Seth Meyers show recently.  Although dancing is a strong love, music always comes first in his life, it's been his escape for several years.  All three members contribute to writing their songs, so Bad Girl in Harlem combines the experiences of each band member.

How does the future look for New Politics?  Pretty golden, actually.  The group is constantly touring, trying to reach as many fans as possible.  They will begin their summer tour with Paramore and Fall Out Boy in June, which hits Raleigh on July 22 at Walnut Creek.  Before touring though, they have some time off in New York and hope to write material for a new album.

Catch them live tomorrow, April 13, at Raleigh's Rock 'n' Roll Marathon.  They are set to take the Red Hat Amphitheater stage around 10:30 as the runners approach the finish line.  It's free to the public, so come on out, cheer on the runners, support the community, and rock out to New Politics.