Most bands dream of that magical moment when they are discovered and signed to a major record label.  For the Triangle's own Delta Rae, this dream has come true and has surpassed all of their expectations.  Bassist, Grant Emerson, took the time to talk with The Triangle Beat about the band's journey to success and the hopes for their future. 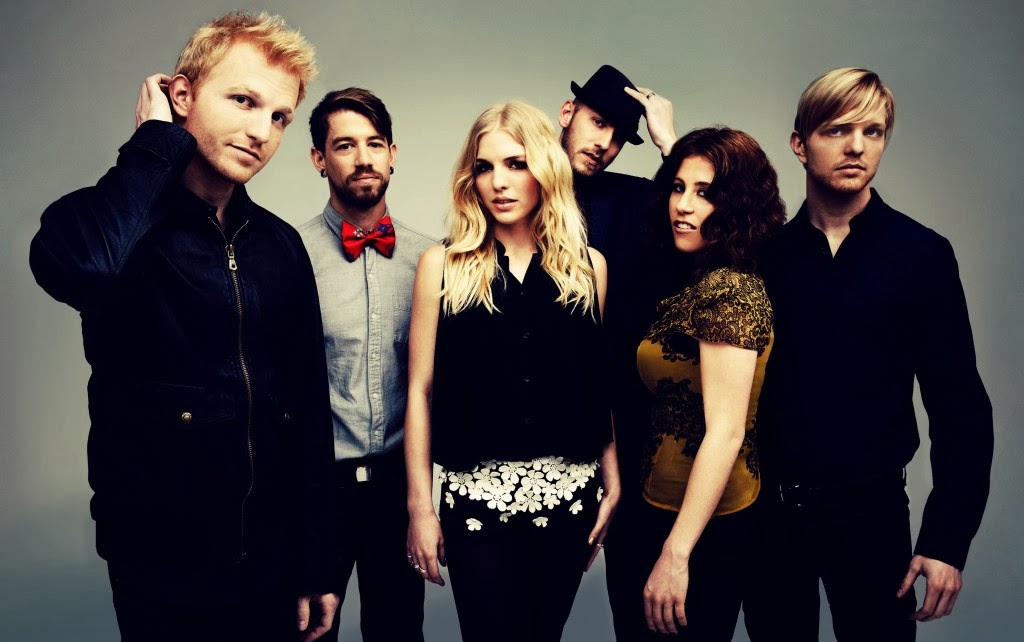 The makings of this American folk rock band started years ago in the home of the Holljes family.   Siblings Eric (vocals, guitar, piano, and keys), Ian (vocals and guitar), and Brittany (vocals) started making music together from a very young age thanks to their parents who raised them with a mix of James Taylor, Cats Stevens, Fleetwood Mac, and Paul Simon.  They gathered further musical influences when moving around from Durham, NC, to the San Francisco Bay, then to Nashville, and Georgia.  Along these travels, Brittany developed a life-long friendship with current band mate, Liz Hopkins.  The siblings always admired Liz's raspy, soulful voice and the way it meshed with Brittany's powerful brassiness.

Fast forward a few years and Ian and Eric move back to Durham, NC to attend Duke University.  In the meantime, Brittany was working toward graduating early from Cal-Berkeley.  After all three siblings completed their schooling, they gathered in a small house in the woods, along with Liz, to settle on the group's sound.  First, they had to choose a name and they quickly decided on Delta Rae.  According to Grant, the band's name comes from the main character of a mythological story that is being written by the siblings' mother. During this time, the group focused on harmonizing together, writing strong lyrics, and practicing for live shows.  In 2010, Durham natives Mike McKee (drummer) and Grant Emerson (bassist) made the band complete.

Once the group was settled, the focus turned to crafting outstanding live performances.  Through trial and error, they learned how to communicate the emotion and strength of their lyrics, written mostly by Ian and Eric, and how to improvise at small venues with less than stellar audio.  Their music is powerful on its own, but the group gained a strong following through their genuine and energetic live shows.


A series of events and local success eventually led the group to New York City in 2011 to meet with music executive, Seymour Stein of Warner Bros. and Sire Records.  As Grant recalls, they endured an awkward elevator ride on the way to Stein's office with the executive himself who did not yet know who they were.  The group was filled with nervous excitement and the moment did not seem like it could be real life.  Once in Stein's office, he asked them to sing for him.  They belted out the love struggles of "Hey, Hey, Hey" and didn't even make it to the chorus before getting cut off.  Stein called his assistant on the phone, but when he couldn't reach anyone, he opened the door and yelled, "You gotta hear these people, they sound so beautiful!"  Delta Rae took a collective deep sigh of relief and continued to sing for the label's employees.

Since then, Grant says that he's been crossing one item after another off of his personal bucket list.  The group has been fortunate to perform at several music fests including Bonaroo.  For Grant, his highlighted moment was meeting one of his strongest musical influences, Don Henley.  These surreal moments are going to continue to happen for Delta Rae as their musical career is only getting started.  They are currently touring to promote their debut album, Carry the Fire.  The band will return home for two shows, the first is at Cat's Cradle on March 6 and at The Lincoln Theatre on March 7.

To support this local talent, join us for their upcoming shows and check out the merchandise on their website.