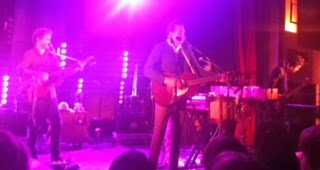 The anticipation is great as the instruments are being tuned and arranged on stage; the sold out crowd is  barely able to hold back their excitement.  An arsenal of instruments are scattered about the stage - maracas, chimes, a harmonica, and tambourines are at the ready. Fans know that these tools will be used to transform the location from a beautiful music venue in Saxapahaw to somewhere out west, back in time, to the middle of an old western novel.  Finally, the fans at the Haw River Ballroom are appeased with the thunderous sound of the drums, exotic world music and the whistling of the wind.   The five members of Lord Huron enter the stage, ready to take the crowd on a musical adventure titled Lonesome Dreams.

Lord Huron creator, Ben Schneider, leads the group in an energetic set.  The chimes start ringing mixed with upbeat drums and electronics to create the lively, "The Man Who Lives Forever."  The crowd feeds off of Schneider's energy and the room is alive with singing and dancing. 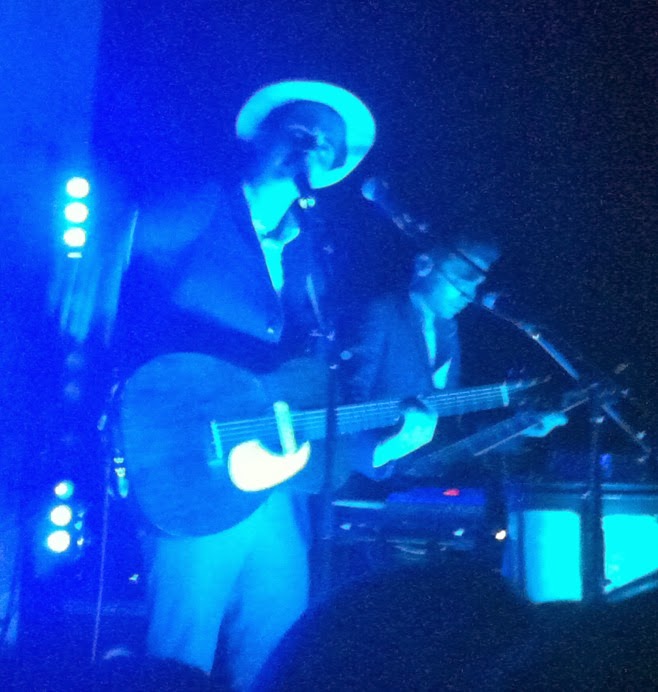 One song fluidly flows into another while the scene changes and blue lights are cast about the room.  A more reflective mood takes over the crowd as Schneider sings "The Ghost on the Shore" with the lyrics,  "Die if I must/ Let my bones turn to dust/ I'm the lord of the lake and I don't wanna leave ya." Schneider provides the perfect balance of verve and emotion to carry the crowd through this sentimental piece.

For the final song before the encore, Lord Huron rolls into "Time to Run."  It's obvious that the crowd has been anticipating this moment all night.  Excitement moves through the fans as the drumbeat intensifies and the more pop-indie side of the band shines through. The song goes on with extended instrumentals and the crowd sings and moves along with the beat.   The band plays with the same energy as the first song, not willing to disappoint the crowd. Schneider dances about the stage, interacting with his band mates, making sure each one gets credit for the combined effort of this flawless show.

Lord Huron's latest album, Lonesome Dreams, is a work of art.  Seeing them perform it live is a true experience.  Schneider ensures that everyone feels his lyrics and sees his vision through his vivacity and raw emotion.  If the opportunity ever arises, Lord Huron is well worth the price of a ticket.