Brooklyn based band, Hospitality, recently released their sophomore album with Merge Records.  This is a follow-up to their debut, Hospitality, which labeled them as a band to watch.  The new album is filled with whimsy and wonder that ceaselessly trails into a darkness possessed by most.  As the title suggests, Trouble explores obscure spaces within the mind; that zone of insecurity, fear of the unknown, and feeling out of place. Singer Amber Papini announced in a press release that the lyrics discuss, "everyday environments that arouse anxiety or unease."  These feelings are especially expressed in "I Miss Your Bones" with, "All the stars will/ Twinkle in the midst of a sea/ Of black and lonely/ An everlasting loss lack abyss." 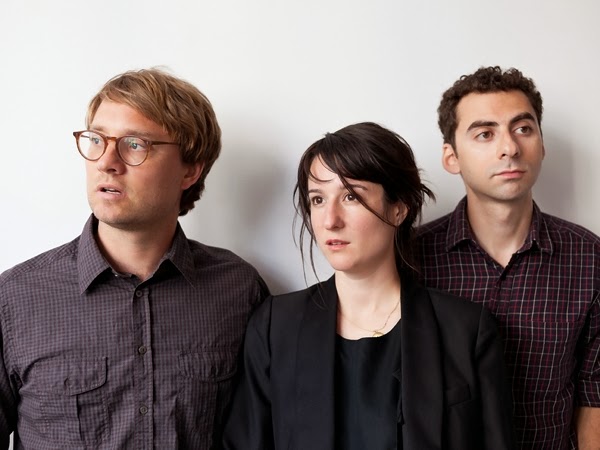 The lyrics coincide with instrumentals that seem to be singing as well. Their sounds echo the emotions of the words, specifically in "Inauguration."  The song ends with, "Is this my life?/ Is this my fate?/ Unrequited I remain/ And if I'm lost and low and need you/ Disconnect the line." Accompanying these desperate lyrics is a haunting synthesizer and a weeping guitar.

While this album pushes through the boundaries of everyday fears, it offers poppy and upbeat rhythms that echo the sounds of the 80's, making it danceable and fun.  To see the band perform these tunes live, catch them at Cat's Cradle Back Room on February 22 with Air Waves and The Human Eyes.  Learn more about Hospitality and their music at the Merge Records website. See the official video for "Going Out" below.