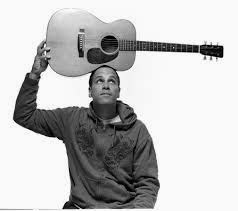 Nature loving singer and songwriter Jack Johnson has announced his  tour for 2014.  Jack and the band will make a stop at Koka Booth Amphitheater on Wednesday, May 21.  Johnson is promoting the release of his sixth studio album, From Here to Now to You.  This gem was released in September 2013 and debuted Number One on the Billboard Top 200 Albums chart.


Jack Johnson and his band will be supported by California natives, ALO (Animal Liberation Orchestra).  This group is well-known for their

interactive and engaging live shows.  For this reason, they've gained a loyal following, especially among the western states.  Their sound is difficult to pinpoint, which only adds to the intrigue of the band.  They mix funk-pop with danceable grooves and witty lyrics to make genuine and unique music.

Bask in the sweet sounds of Jack Johnson with his video for "Shot Reverse Shot" below.

Email ThisBlogThis!Share to TwitterShare to FacebookShare to Pinterest
Labels: ALO, From Here to Now to You, Jack Johnson, Koka Booth Amphitheater