Swear and Shake with the Debonzo Brothers

Swear and Shake, an indie folk band based out of Brooklyn, NY, will play The Pour House tonight.  The band was created by  Kari Spieler (vocals, lyrics, guitar) and Adam McHeffey (vocals, banjo, lyrics, guitar) in 2010.  With Tom Elefante on drums and electric bassist Shaun Savage, the duo's lyric based songs create a high energy with musical depth. 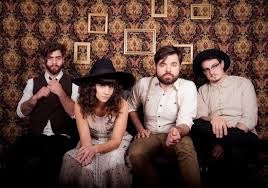 Swear and Shake has shared the stage with highly notable artists such as Alison Krauss and the Avett Brothers.  They are currently touring to promote their debut album, Maple Ridge.

The band will be joined by Raleigh's own Debonzo Brothers who are releasing a new EP.  This group brings sounds similar to Jason Isbell, American Aquarium, and Drive-By Truckers blending southern rock, Americana, pop, and indie rock.  These sounds are created by the brothers, Jeff and Keef, along with Chris Hibbard on drums, Jay Shirley on keys, and Jimmy Thompson on bass.  One Damn Heart, the band's first LP, was released in 2012.  The album tells a story of folklore, love, and youth with heartfelt lyrics that ring true to everyone. 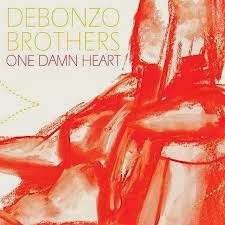 The Debonzo Brothers have experienced strong support from the their North Carolina roots.  They have collaborated and played with Joe Kwon, cellist for the Avett Brothers, and Bill Corbin from American Aquarium.

Try them out tonight with the energetic Swear and Shake at The Pour House; this is a show that is sure to please.  The doors open at 9 with the fun starting at 10.  Tickets are $8 online and $10 at the door.
Posted by Jess at 2:37 PM