On Sale This Week

There are many large acts coming through the Triangle area this summer.  Here are some of the concerts that go on sale this week: 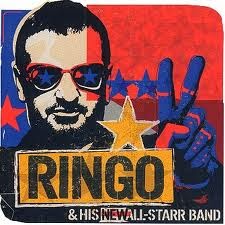 Ringo Starr reunited with Paul McCartney at the recent Grammy's and now he's set to reunite with the Triangle.  He just announced his North American tour with his All-Starr Band and they will hit the Durham Performing Arts Center on June 22.

The Night That Changed America:  A Grammy Salute to The Beatles will air February 9 on CBS.  McCartney and Starr join together to celebrate the 50 year anniversary of the Beatles' performance on the Ed Sullivan Show.  73 million viewers tuned in to this monumental moment in music history.

Tickets go on sale this Friday, January 31 for the June 22 show at DPAC.  Get ticket information and a full tour list here.

Bruno Mars is hitting the road next month for a huge tour that will carry him through August.  Mars will take over the PNC Arena June 14 with the support of his opening act, Aloe Blacc.  Tickets go on sale Monday, February 3 via Ticketmaster.  Seats range from $39.50-$99.50.

Mars is having an exceptional 2014 so far.  He won the Grammy for Best Pop Vocal Album for Unorthodox Jukebox and is set to perform for the Super Bowl half time show with the Red Hot Chili Peppers.


See Mars in the official video for "Locked Out of Heaven"

Unfortunately, Motley Crue will not be stopping by the Triangle to say goodbye on their Final Tour, but they will be in nearby Greensboro.  Members of Motley Crue have made the collective and unusual decision to never perform again as a band at the conclusion of this tour.  This was an unexpected move considering they are one of the most successful rock bands of all time selling over 80 million albums during their time together. 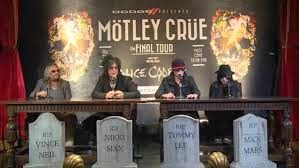 According to Vince Neil via RollingStone.com, "We're one of the few bands left out there that has the original members. That's the way we want to go out: the same four guys, leaving on our terms – not leaving because we have to."  The group has signed a formal "Cessation of Touring" stating they will no longer tour as Motley Crue or reunite.

Alice Cooper will join the tour which reaches the Greensboro Coliseum Complex on Wednesday, October 22.  Tickets go on sale February 1 via Ticketmaster.  If Charlotte is more your flavor, that show will take place at the PNC Music Pavilion on August 19.
Posted by Jess at 9:09 PM